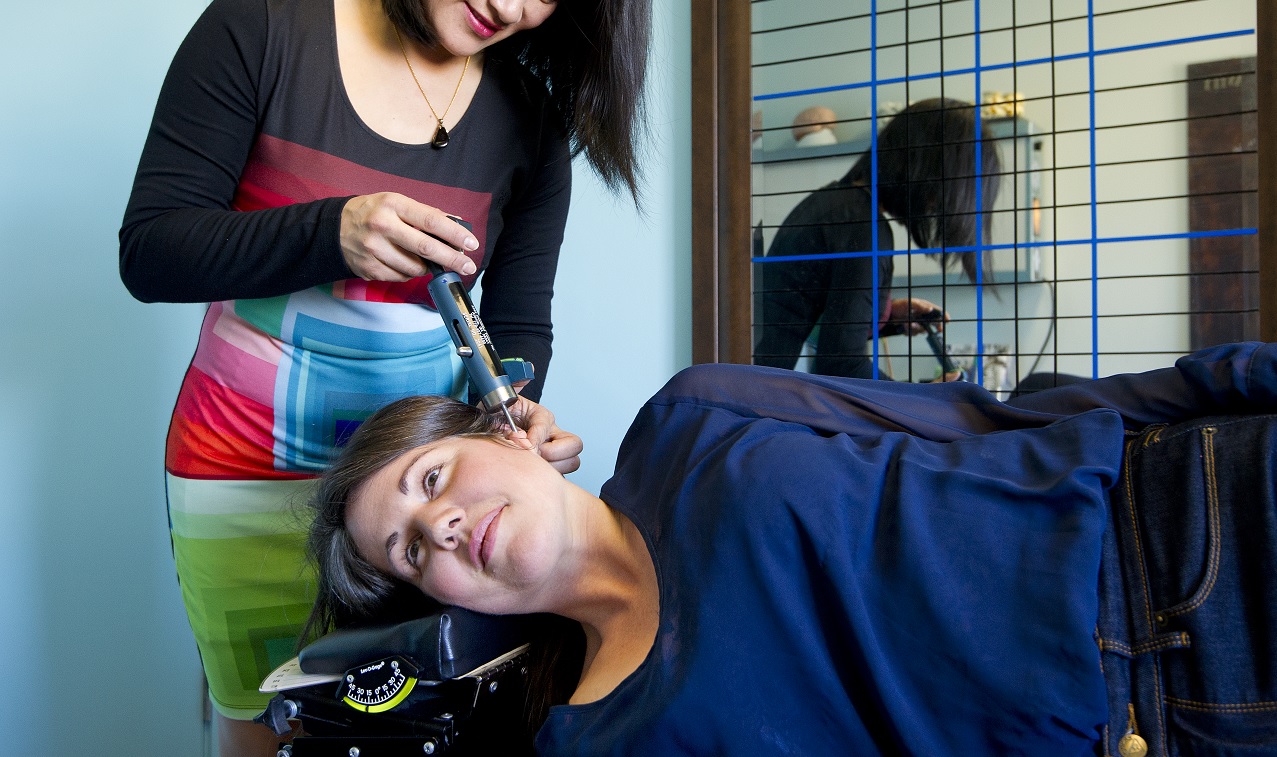 Atlas Orthogonal Technique is one of the most specific, safest and effective technique I’ve come across to help people who have had any type of head or neck trauma.

In terms of your nervous system. the area that controls the most crucial systems for survival is located just below the skull. This includes nerve centres for breathing, heart function, balance, hormones, sleep/wake, digestions, plus controls the blood flow to all parts of the brain.

The “atlas” is the name for small vertebra at the top of the neck, balancing the skull. “Orthogonal” refers to the  optimal alignment of the atlas bone, which should be at right angles (aka “orthogonal”) to the centre of the skull and to the centre of the neck. When the atlas is not orthogonal, (aka “subluxated” or misaligned), it can potentially affect any of those crucial functions. Some conditions which respond very well to Atlas Orthogonal care include headaches and migraines, TMJ, tinnitus, lethargy, poor concentration, balance issues, impulsivity, decision-making, and anxiety.

The atlas is a particularly vulnerable bone which can easily misalign. To begin with, the atlas is a tiny bone, weighing 2 ounces, and it supports the weight of the skull and brain which can weigh as much as 12-15 lbs. Next, the atlas is the most movable bone of the spine, since it is not held to the adjacent bones by intervertebral discs. Forces which can cause subluxation of the atlas can be head or neck trauma (ie. whiplash, ball hitting the head), severe or prolonged mental or emotional stress, or chemical stress (ie. intoxication or reaction to strong medication).

The Atlas Orthogonal Technique is unique in that the direction and magnitude of the atlas subluxation is measured on x-rays taken in all 3 dimensions, then adjusted accordingly with an instrument (Atlas Orthogonal Percussion Instrument). The AO Instrument transmits percussion waves (a type of vibration) through a metal stylus placed on the skin, and this moves the atlas in the prescribed direction. The use of the instrument ensures the adjustment is light enough (6 lbs of force versus over 40 lbs of force with most hand adjusting), precise enough (down to 1 degree of rotation), and repeatable. On occasion, x-rays are taken post-adjustment, and the changes to the atlas alignment can be measured as well. At no point in time with an AO adjustment is there any twisting of the neck, or moving the neck out of a neutral position.

The power of the atlas adjustment was first realized by Dr. B.J. Palmer in the 1950s. He performed miracles with his Toggle Recoil technique. He taught many chiropractors to do as he did, but nobody it seemed could replicate his successes. Several of his best students tried to make the analysis of the atlas malposition more exact, and the adjustment procedure more exacting. Dr. John F. Grostic was one such chiropractor, and his adjustments to the upper cervical protocol did improve outcomes. Later, there were 2 offshoots of the Grostic technique, NUCCA and Atlas Orthogonal.

Click here to learn more about the AO technique or here to view a video of the atlas orthogonal adjustment, before-and-after pictures and testimonials from patients who have benefitted from specific care to the atlas bone with this technique. This technique has also been featured on this segment from “The Doctors”.

The primary focus of Sacral Occipital Technique (SOT) is to balance the entire body, from the foundation (pelvis) on up. Much attention is given to soft tissue and using the patient’s body weight to help with the adjustment, therefore minimal force is applied by the chiropractor. The way SOT is practised by Dr. Sabrina is without any quick turns to the neck or back, making it even safer for people with vulnerable or hyperflexible spines. For an adjustment, the soft tissue is often first stretched or released, and this allows the bones to move in the desired direction.

Many people find this process more comfortable and the body is better able to stabilize in the new position. In addition to the spine and extremities (ie. shoulders, knees, etc), SOT can be applied to subluxations in the skull itself, or to organ reflexes.

As SOT involves a huge body of postgraduate study, it is not widely practised among chiropractors.

Click here to learn more about Sacral Occipital technique and about who can benefit from this type of care.

Most other chiropractic colleges teach only Diversified. In her practice, Dr. Sabrina uses some elements of Gonstead, Diversified, Thompson Drop and Extremities as she sees fit for a particular patient. These techniques tend to focus on the joints and can be very effective for addressing straightforward subluxations.

*As with all techniques and therapies, a thorough consultation and examination is necessary to determine if a person is a candidate for that type of care, and results will vary from person to person.